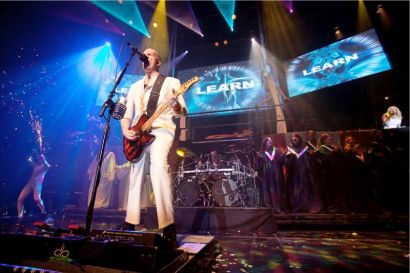 Retinal Circus is now available to pre-order from the official Devin Townsend store. The deluxe Die Hard box set includes an exclusive signed litho print and limited to 500 copies only and won’t be available anywhere else. There is also a Limited Edition version, BluRay, DVD and CD. Also, with each variation there is an option to purchase one of the official event shirts from the show. Click this link to go to the pre-order page.