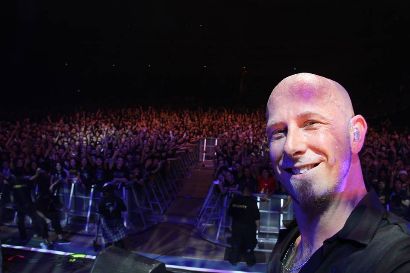 “This footage was recorded, once again, with my Zoom Q3HD Camera Recorder on October 19th, 2013 at a packed Saitama Super Arena. It’s the first time Devin has been back to Japan in 15 years and Dave, Brian and I have never been to Japan. So it was quite the occasion for us all and especially the Japanese fans who came out to see us. They were AMAZING 🙂

I got another cool camera view that shows my kit and some of the crowd to show the size of the gig and how cool these fans were! It was an incredible experience. This drum cam is a medley of some of the songs we played at this show. Hope you enjoy it! As always, thanks for your continued support. I wouldn’t be touring the world without your amazing support. Endless thanks…”