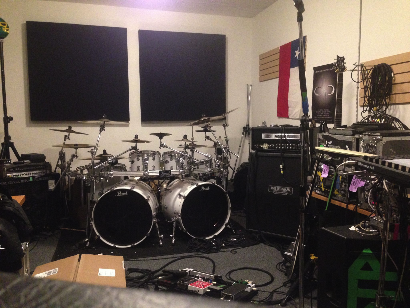 “Was in the studio from 10:30am until 12:30am yesterday. Didn’t start tracking anything until 10:30pm at night due to studio gremlins. Everything from cables to mics to the board was having problems. Not exactly a fun way to start recording the most intense recording session, in which you have three days to do. Ugh. Remained positive. Tried to sleep (didn’t). Starting fresh today on 4.5 hours sleep. Two albums in two days. Fuck yes, I’ll do this. Just you watch me… bitch! (with Jesse Pinkman voice). Through it all, I’m still grateful for my career and my interesting life.”

Townsend recently offered some more information on the crowd funding campaign for his new project, CASUALTIES OF COOL, which was due to run for three months, surpassed its goal in under 12 hours, and continues to earn money. Townsend has stated previously that the additional funds will be dedicated to his next Ziltoid record, Z2: