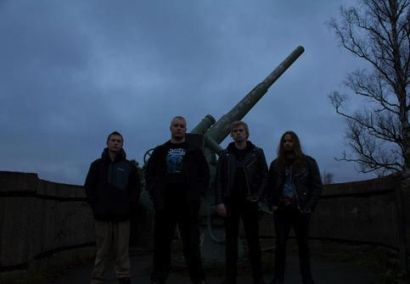 Finnish war-themed death-metal troupe DECAYING have completed the recordings for their fourth full-length album, One To Conquer, due for release later this year via Hellthrasher Productions.

The follow-up to 2013’s The Last Days Of War was tracked down at the band’s home studio and D-studio in Klaukkala and will feature eight new tracks centered on Cold War events.

In the meantime, prior to the release of the new album, DECAYING will issue a digital EP featuring a re-recorded version of the song “New Order” and three live tracks captured at Sture21 in Helsinki early this year. The EP will be available for free download via the band’s Bandcamp page in late August.