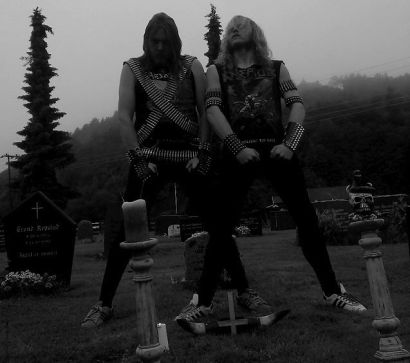 A statement from the band reads: “DEATHHAMMER is bursting out from the Norwegian mounds to raid North America with pounding thrash metal force! Get ready to destroy as we maniacs rip from town to town! There will also be outbreak of noise executed from the upcoming album, Evil Power! Too fast to die, we’ll speed through your brain!”