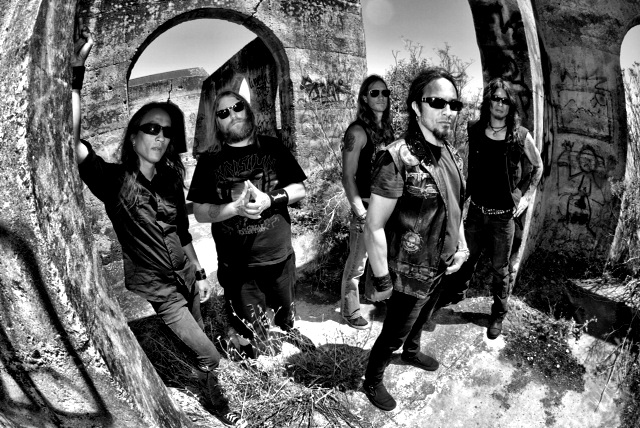 Bay Area thrash legends DEATH ANGEL have revealed the track listing for their forthcoming album, The Dream Calls For Blood which will be released on October 11 in Europe (except for the U.K. where it will arrive three days later) and October 15 in North America via Nuclear Blast Records.

DEATH ANGEL’s North American headlining tour in support of The Dream Calls For Blood will kick off on October 18 in San Francisco. Support on the trek will come from 3 INCHES OF BLOOD, BATTLECROSS, REVOCATION and DIAMOND PLATE.