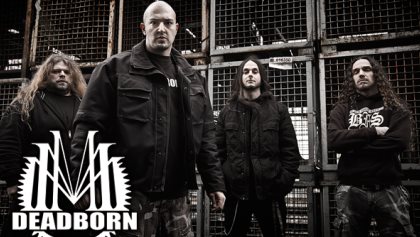 German death metallers DEADBORN – who feature former members of Necrophgagist in the ranks – have released the video for “Insane Motor Cortex,” a song from their Mayhem Maniac Machine. The video can be viewed below. The nine-song album was recorded at Iguana Studios, and saw a 2012 release date via Apostasy Records.