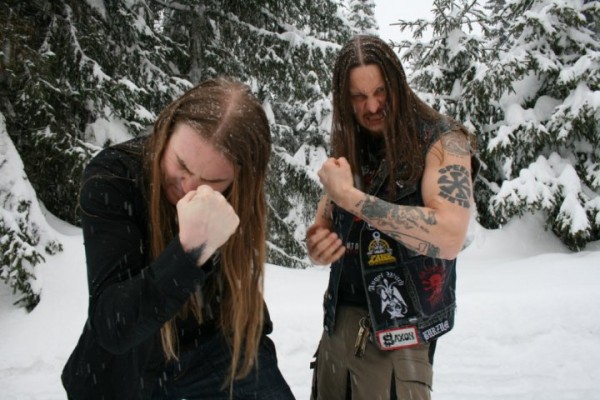 Norwegian duo DARKTHRONE have released their video for the track, “Lesser Men” and can be viewed below. The track comes off the band’s latest album, The Underground Resistance which was released on February 26 through Peaceville Records. The Underground Resistance was written and recorded spring 2010 to summer 2012 at Necrohell 2 studios by the band members themselves while mastering was handled by Jack Control at Enormous Door in Texas. The cover artwork comes courtesy of the iconic and celebrated artist Jim Fitzpatrick.

Fenriz comments: “Three songs each, Ted’s are flown from the universe of metal with his strongest voice ever so far. Songs of mine are torn from the wombs of the riders of rohan of metal, safely cradled in 1985 style.”

According to a press release, The Underground Resistance is DARKTHRONE’s latest venture through the metal cosmos, and first new album since the 2010 opus, Circle The Wagons. It contains DARKTHRONE’s trademark masterful riffing in a broad range of styles, effortlessly bounding through the annals of classic metal, taking in thrash, speed and black metal, and not forgetting a dose of punk. All in all, a ferocious and dynamic set of tracks drenched in Fenriz’s and Nocturno’s rich and diverse tastes in all things metal, primarily those rooted firmly in the spirit of the ’80s. Six tracks long, and each one an epic in itself, this is undoubtedly DARKTHRONE’s strongest outing of late.