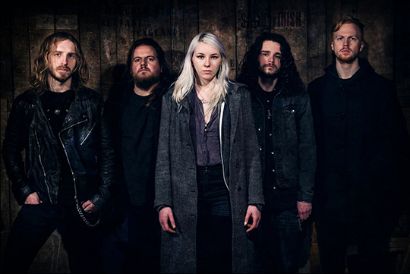 Since their formation in 2005, DARKEST ERA have progressed their special and original ‘Celtic heavy metal’ formula, with epic compositions influenced by the darker side of Irish folklore as well as the classic, twin-guitar dueling of bands like THIN LIZZY and IRON MAIDEN. Severance shows more of this perfectly balanced formula with a more reflective spirit than in the past, but maintaining the untouched energetic vibe that has been the main characteristic of the band to date.

Guitarist Ade Mulgrew commented: “We are excited to be working with Cruz Del Sur to finally get this beast uncaged. The label has put out some amazing records in recent years and we feel we are in very good company.”

Severance will be released June 13th in Europe and June 3rd in North America on CD, vinyl and digital formats.