DARKANE To Release The Sinister Supremacy in July 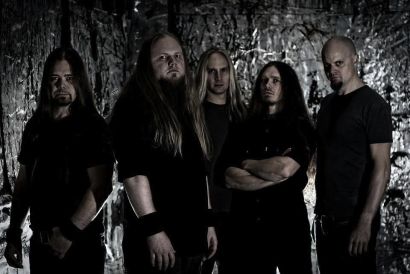 Swedish quintet DARKANE – who for 15 years have combined melodic death metal with technical thrash to stirring effect – have joined forces with Prosthetic Records to release their upcoming album The Sinister Supremacy. The album, which marks the band’s first new music in five years, is scheduled for release on July 2nd in North America and will feature the return of vocalist Lawrence Mackrory, back in the Darkane fold for the first time since the group’s 1999 debut Rusted Angel.

The Sinister Supremacy will be released in Europe on June 28th via Massacre Records, and on June 19th in Japan via Trooper Entertainment.

DARKANE was originally formed in 1998 by guitarist Christofer Malmström, drummer Peter Wildoer and bassist Jörgen Löfberf who, along with guitarist Klas Ideberg, recorded a few tracks for a demo featuring Björn “Speed” Strid on vocals, who left the band shortly after due to his commitments in SOILWORK.

The band then recorded their first full-length, Rusted Angel, with Daniel Bergstrand (IN FLAMES, MESHUGGAH, DIMMU BORGIR) who introduced them to vocalist Lawrence Mackrory. They made their first international appearances alongside Soilwork and NAGLFAR, but due to scheduling conflicts, Mackrory was unable to complete the tour and left the band soon after. Over the next few years, the band signed with Nuclear Blast Records, released a number of acclaimed records and toured around the world with acts including TESTAMENT, Meshuggah, FEAR FACTORY, Soilwork and Devin Townsend’s STRAPPING YOUNG LAD.