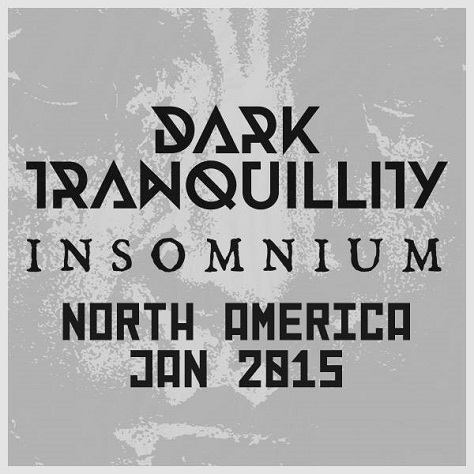 This will be DARK TRANQUILLITY’s second trip to North America in as many years, having brought along Finland’s OMNIUM GATHERUM, while INSOMNIUM will be returning for the first time since their fall 2012 trek in support of EPICA.