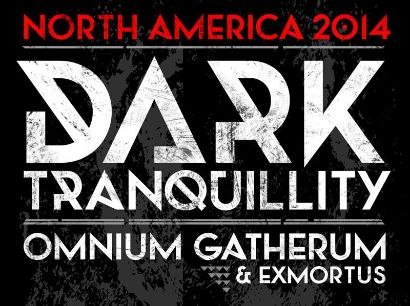 Gothenburg melodic death metal legends DARK TRANQUILLITY have announced a winter 2014 North American trek in support of their new album, Construct. DR favorites OMINUM GATHERUM are confirmed for the main support slot for all dates. This will be their first stateside tour and in addition, California’s EXMORTUS will be welcomed as openers.

OMNIUM GATHERUM’s Beyond was released in February via Lifeforce Records.