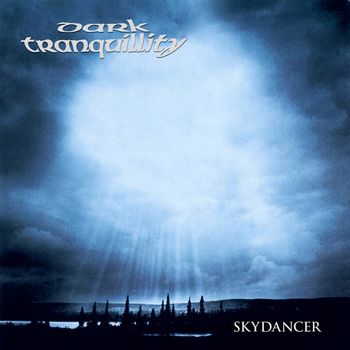 The band posted this about Skydancer:

“Time flies! On August 30, 1993, our weird and wonderful debut album Skydancer was released. The album has been out of print and hard to obtain for a while, but to celebrate the anniversary there will be new CD, LP and digital releases with remastered sound.

More details will be announced shortly, but for now we recommend everyone to head over to our official Bandcamp page where the remastered 2013 edition of the album can be streamed or purchased at a fan-friendly price.

1. Nightfall By The Shore Of Time
2. Crimson Winds
3. A Bolt Of Blazing Gold
4. In Tears Bereaved
5. Skywards
6. Through Ebony Archways
7. Shadow Duet
8. My Faeryland Forgotten
9. Alone

The download will also contain a PDF booklet with lyrics and linear notes, and also a band photo.