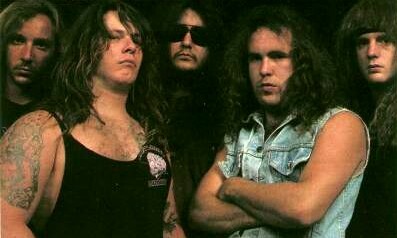 Due to the recent rumor-inducing statements made by estranged EX-DARK ANGEL singer Don Doty, the band is forced to offer a premature release of information.

DARK ANGEL will reform for a limited number of appearances in 2014 in the US and select festivals in Europe. These dates are still pending and have not yet been booked at this time.

The lack of responsibility that Don Doty is displaying by posting false information and unfounded rumors is creating confusion for DARK ANGEL fans. There is no “Team Don Doty” or “Team Ron Rinehart”. There is ONLY DARK ANGEL. We will not be a part of anything that damages this band and its reputation.

All future official statements will come from DARK ANGEL’s Management.