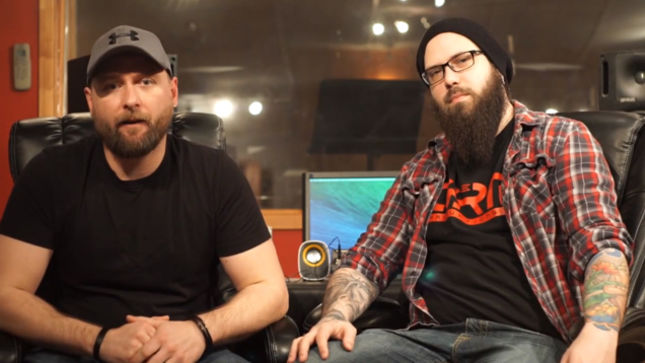 Three years after their self-titled album, CRYPTOPSY will release a series of EPs entitled The Book of Suffering. This approach will allow the band to put out new music more often while remaining true to their standards of quality.

After being on a record label for their entire career, CRYPTOPSY decided to go independent in 2012. Supported by their fans, Cryptopsy distributed and sold thousands of albums across the globe and had the opportunity to tour Japan, Western and Eastern Europe, the UK, South America, Scandinavia and Canada. They are now embarking on a crowd funding campaign that will allow them to give their fans more in terms of videos and enhanced live show production.

As of May 8th, CRYPTOPSY’s crowdfunding campaign is open with exclusive t-shirts, girly tank tops, hoodies, CDs and vinyls. In addition to the more traditional merchandise, they are offering signed Flo Mounier cymbals, online lessons with each band member, guest performances and a song mix by their guitarist and sound engineer Chris Donaldson. For those who are interested in memorabilia, they are offering stage banners that have been used since 2012. CRYPTOPSY’s $20,000 goal will fund the recording, mixing and mastering of The Book of Suffering Tome 1, as well as produce artwork, a music video and stage banners. Additional rewards such as a play-through video, a tour documentary and more music will be unlocked for all backers if they surpass their goal.

CRYPTOPSY have stated: “We hope that every extreme metal fan will be exposed to The Book of Suffering Tome 1. We are extremely proud of the material; it is some of the most brutal, technical and fresh music we have ever created.”

Crowdfunding details can be found at this location.