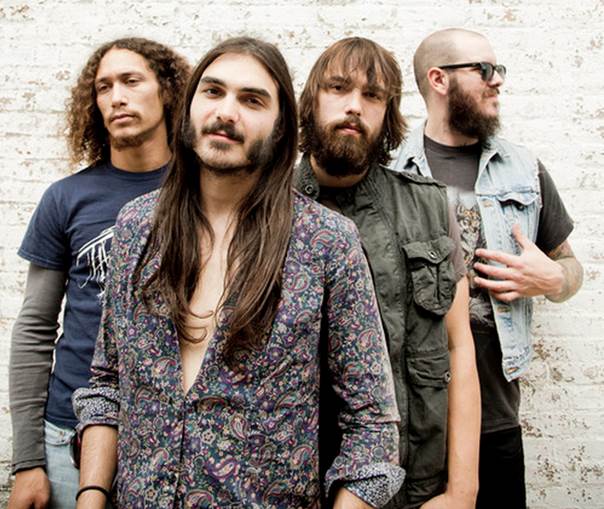 “We’re honored to have Nuclear Blast as the international wind beneath our beards,” states CROBOT vocalist Brandon Yeagley. “With bands like GRAVEYARD, SCORPION CHILD, ORCHID, and KADAVAR on their roster, Nuclear Blast is the perfect place for CROBOT to nest.”

The band will work with acclaimed producer Machine (CLUTCH, LAMB OF GOD) on their upcoming Nuclear Blast debut, due out this fall.

Bound by their “Always. On. Tour.” oath, CROBOT have spilled their heavy riffs & sweat on stages at this year’s SXSW Music Festival in Austin, Texas and across the country while touring with CLUTCH, SCORPION CHILD, TRUCK FIGHTERS, and THE SWORD.

Yeah, these road dogs are crisscrossing the States right now, headed toward the nearest open field of crop circles for stargazing sessions and worshipping the great unknown.