Hannover, Germany’s CRIPPER have posted the fourth in a series of studio videos documenting the creation of their new album, Hyëna. The album will be released on CD and digitally in North America on November 25th. In Europe, Hyëna will be available as a limited CD+DVD Digipak as well as on vinyl in different colours. The bonus DVD features the entire Cripper show from Metaldays Open Air 2014, plus a lot more. More details on the bonus DVD will be revealed shortly! 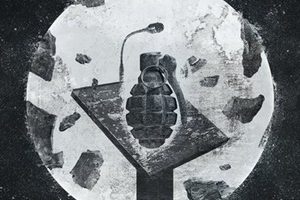