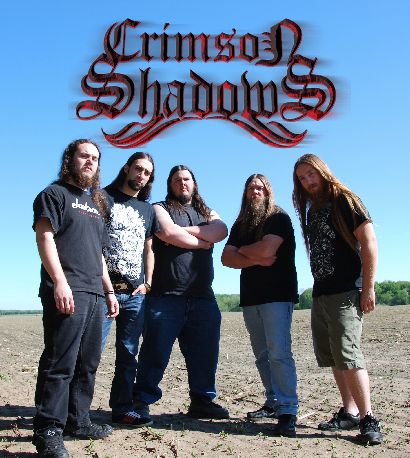 “A decision has been made! The Award Ceremony of this year´s Metal-Battle is over and the winners are Crimson Shadows!

With their mix of epic death & power metal they left their competitors from almost 30 other countries behind.

Congratulations to the band! We are curious and are looking forward to your musical future!”

“I’m honoured that CRIMSON SHADOWS have taken the title here at Wacken. It’s a great accomplishment for the band and for Wakcen Metal Battle Canada. We have great metal music to show the world and this is a big step towards proving that.”

In additional news, upon returning from the Wacken Metal Battle international finals, CRIMSON SHADOWS with VESPERIA will hit the trans-Canada Highway from Southern Ontario to Victoria, British Columbia and back in stoic determination to bring their epic metal assault Canada-wide for their WESTERN CRUSADE CANADIAN TOUR.