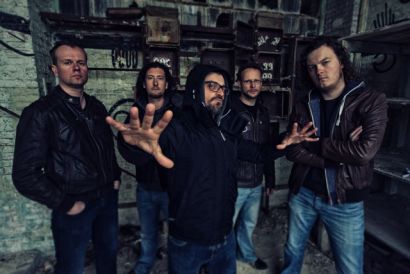 Belgian death metallers CRIMSON FALLS have released a lyric video for their track “The Generation Chasm.”

Says the band: “This video was made by Eklips Design and features guest vocals by no one less than Mister Daniel de Jongh from TEXTURES! Daniel did an awesome job, horns up!”

Recordings and mix for the new album where taken care of by Jochem Jacobs at Split Second Sound. Mastering by Alan Douches at West West Side Music. Artwork by Dennis Sibijen for Damn Engine.

CRIMSON FALLS To Release “Downpours Of Disapproval” In September