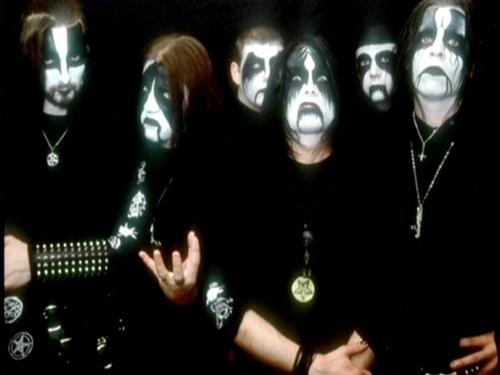 2014 will mark the 20th anniversary of The Principle Of Evil Made Flesh, the historic debut album from British extreme metallers CRADLE OF FILTH on Cacophonous Records.

States the band: “To honor this momentous occasion, we are planning a whole smorgasbord of exciting stuff, including the first-ever CRADLE OF FILTH comic, the release of a career-spanning double disc best-of (more on this including the chance to vote online for your choice of tracks to feature later this week) and, of course, the subsequent touring.” The story for CRADLE OF FILTH’s upcoming adult comic book was scripted by the comic writer Kurt Amacker (with assistance from the band’s singer, Dani Filth).

Several artists are in the process of mocking up some example pages for the prospective publishers. Dani previously stated about the project: “I am very excited about this venture, as it promises to be a very adult story woven straight from the CRADLE OF FILTH universe, featuring a liberated Oscar Wilde, the Demoness Lilith, nefarious sexual magickal practices and an errant Suffolk Lord who is in the unenviable process of being charged under 19th-century blasphemy laws, discovering himself engaged in a nightmarish occult netherworld.”