CRADLE OF FILTH Frontman On New Album: “Sounds So Sick And Killer” 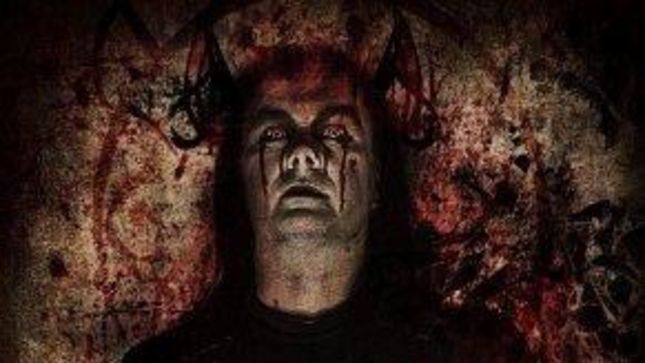 CRADLE OF FILTH hoary protagonist Dani Filth has now started the brutal slog towards completing vocals for the new album, code-named Hammer Of The Witches, due out on June 26th via Nuclear Blast Records. Cornered in the wintry depths of the Suffolk cuntryside, Dani had this to say about how recording the much-anticipated album has been going thus far…

“I’ve been present here at Grindstone (studios) just like some horrid phantom lurking on the couch whilst everybody from the band has come and contributed to the album… Marthus, Ashok, Richard and Daniel have all blasted through, dispensing some of the best playing and material CRADLE OF FILTH have laid down in an aeon. The album sounds so sick and killer, I am truly excited for people to hear the very spiky fruits of our labour. Now I’m ensconced here for around a month, before Lindsay joins me from Canada to contribute female vocals and with everyone else, to undertake the first video from the album, which is to be filmed at a deserted Air Force base nonetheless! More on this and additions to the upcoming Summer festival roster, as shit happens. Watch those skies, fellow filthy fuckers!”

The band’s tour schedule is as follows: