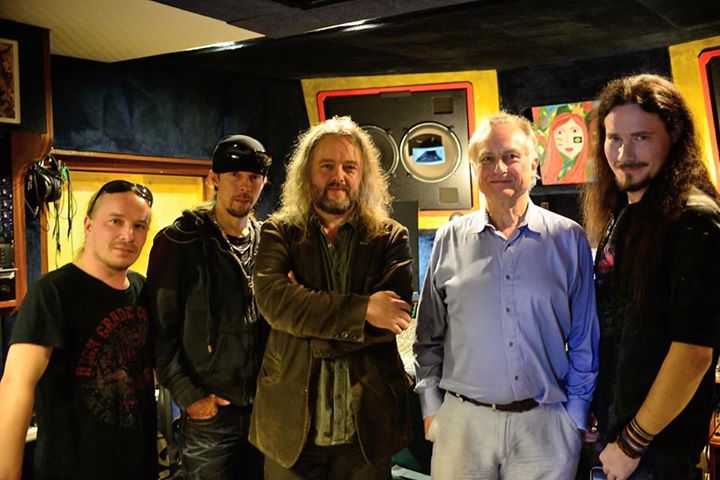 NIGHTWISH keyboard player and main songwriter Tuomas Holopainen revealed last year that he became fascinated with what he calls the scientific “thought plays” of Richard Dawkins and Christopher Hitchens. “I’m reading them at the moment. I was just reading it an hour ago,” he told Roadrunner Records. “‘The Magic Of Reality’ [Dawkins’ 2011 book] it’s called, and it has the most beautifully written introduction to science ever. Just full of thought plays. It’s great.”

Asked if this literature will work itself into his lyrics, or even inspire the next NIGHTWISH album, Tuomas said: “I already know now that since I have been so enthusiastic about this kind of literature for the past few months, and will be for the upcoming months, that it’s going to come out somehow. I don’t know how just yet, but it will come out. I know it from experience.”

He added: “Sometimes I come across interviews I did ten years ago and see that I am quite a different person. So something has happened say during the past five, six, seven years, and a lot of it has to do with the books that I’ve read, mainly Whitman, Hitchens and Dawkins.”

As previously reported, longtime NIGHTWISH drummer Jukka Nevalainen is sitting out the recording sessions for the group’s new album due to health issues; Kai Hahto (WINTERSUN, SWALLOW THE SUN, TREES OF ETERNITY) has replaced him.

NIGHTWISH’s next album will be the band’s first with Dutch singer Floor Jansen, who became an official member of NIGHTWISH last year.