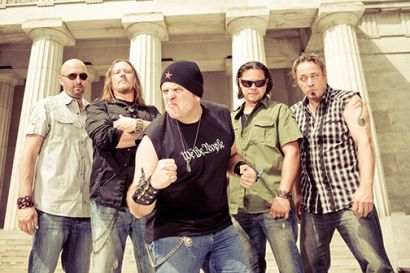 Old-school New York thrashers COLDSTEEL have been confirmed as the direct support act for German metal legends HELLOWEEN’s North American tour. The tour will kick off on September 24 in New York City; additional dates can be viewed below.

In other news, the band has posted the video for “America Idle,” which can be viewed below. The video was filmed on location at President Grant’s Tomb in Harlem, NYC. Directed by Patrick Kendall, “America Idle” represents “the kick in the ass the US citizenry so desperately needed.”