COFFIN DUST To Release “This Cemetery, My Kingdom” In February 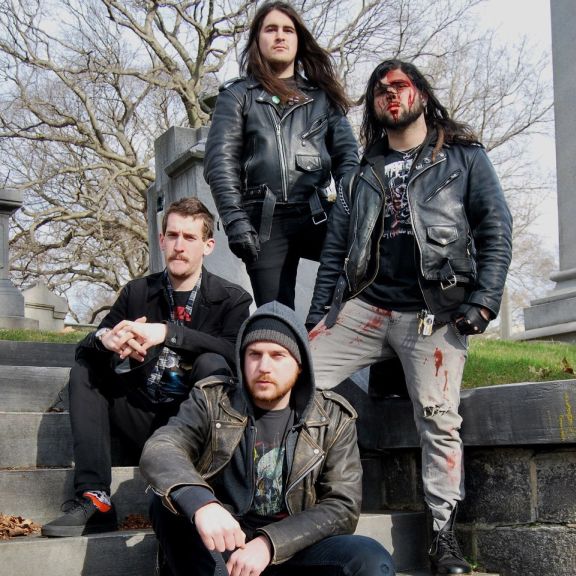 Unholy Anarchy Records is set to release the debut full-length, This Cemetery, My Kingdom, from the Philadelphia horror death/thrash outfit COFFIN DUST on February 18th on digipak CD in time for their appearance at the Blood of the Wolf Fest in Lexington, Kentucky.

More information on the festival can be found here.

The album was recorded by Chris Grigg in Brooklyn, NY in 2012, and was mixed and mastered by David Prae and John Micars at Monolith Studios.

This Cemetery, My Kingdom track listing:

COFFIN DUST have been defiling ears since 2010, with three previous releases, including splits with CAPE OF BATS (Grim Winds Tapes, 2010) and SPEWTILATOR (Headsplit Records, 2013), and a EP release, entitled Ancient Rites of Buried Evil (self-released, 2011). The horror-inspired death/thrash combination is brutally enjoyable, and COFFIN DUST definitely dish out some gore-infested groove that get the hooks in good!

This Cemetery, My Kingdom features the following guest vocal appearances: