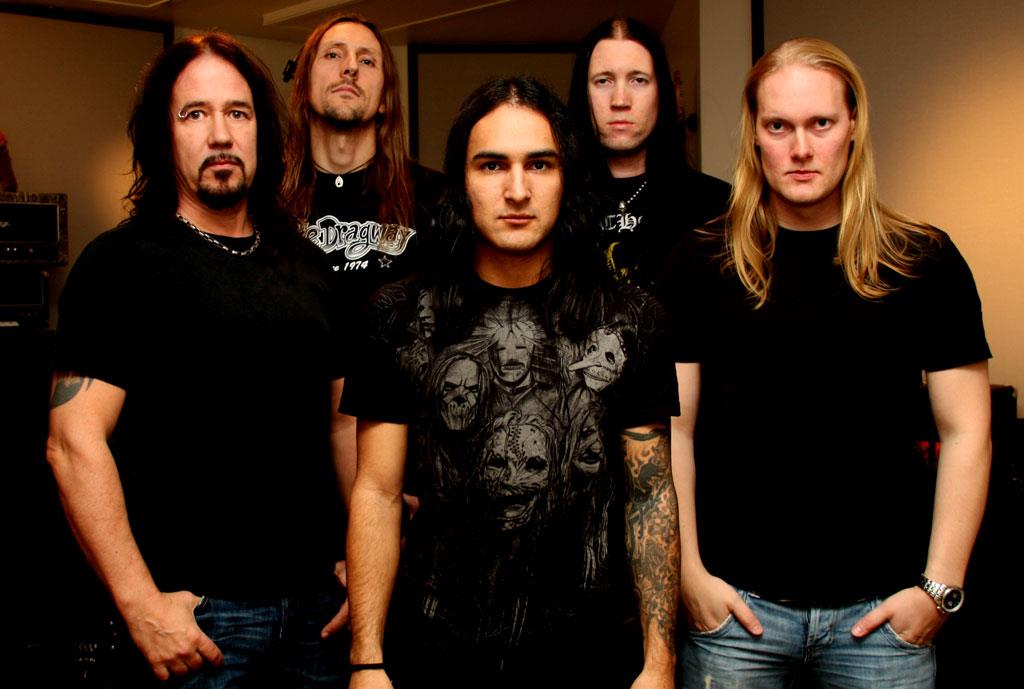 Swedish metallers CIRCLE OF CHAOS will release their second album, Crossing the Line later this year via Massacre Records. The band’s debut album Black Oblivion debut,  was mastered by Dan Swano (EDGE OF SANITY, BLOODBATH) which was released in 2010.

CIRCLE OF CHAOS started out as a project of the band’s guitarist HG Hogström in 2008. As the project developed, he began searching for musicians to complete the band. The original line-up then included HG Hogström (guitars), Thomas Jonsson (bass), Staffan Lundholm (drums), Antonio da Silva (vocals) and Allan Lundholm (guitars).

During spring 2012, CIRCLE OF CHAOS released the 5-track album Two-Headed Serpent, which was mixed and mastered by KING DIAMOND’s Mike Wead. They went out on a headliner tour in Poland and the Czech Republic and also entered the Emergenza Festival and went all the way to the Scandinavian finals.