CHURCH OF DISGUST To Release “Unworldly Summoning” In January 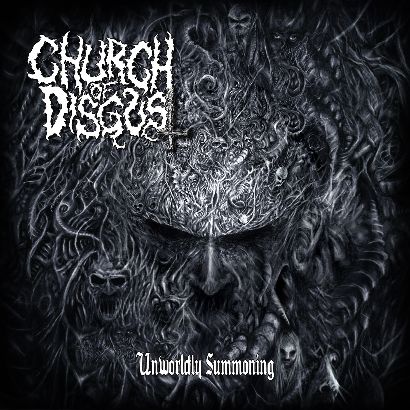 According to a press release, the band is “Inspired by the writings of Brian Keene and Lovecraft, the album conjures up the horrific atmosphere while doling out some of the heaviest music ever created in the old school spirit.”

Production is handled by the established Moontower Studios in Spain (ATARAXY, TEITANBLOOD, AVULSED, GRAVEYARD) and artwork is done by none other than Igor ‘Abigor’ Mugerza (CENTINEX, DECAYED, SPELLCRAFT) who brings back the fear into the hearts of its listeners since the Altars Of Madness imagery.

Musically, this is sonic devastation, stomps of the Hulk with the carnage of death metal – think The Dying Truth era CIANIDE, BOLT THROWER, NECROSANCT and SLAUGHTER.