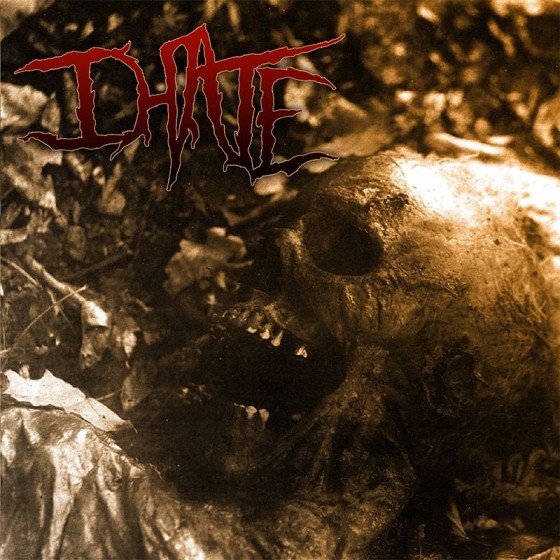 Relays Barnes of the project’s formation, “Early last year I got a message via Facebook from someone named Bob and Bob said to me, as a lot of people do, ‘I have some songs and I’d like you to sing on them. Can I send you a song so you could check it out?’ I get a lot of these requests and didn’t think too much of it, but since I was just fresh back from a tour and a little bored, I decided to entertain the idea of listening to a song from Bob. After receiving an email with the first track that was attached to a video which more or less mapped out a murder storyline, I thought it was really different, and definitely creepy visually. And there was something very primitive and energetic to the attack of the music.

“It was very driven. I could feel it instantly. I knew this wasn’t a joke and wasn’t done half-assed. The music I was listening to was aggressive as a knife carving chunks of flesh off a body. Putting the music to a video caught my attention, immediately, as to Bob’s focus. I found it all really interesting. I have almost always worked from a storyline in my head for my lyrical inspiration and my own imagination, but never have started from the standpoint of lyrically scoring a storyline already laid out on video first, like scoring a film. That seemed really exciting to me as a writer as well as a vocalist.

“I emailed Bob back and told him I would love to be involved with making this album with him. So one thing led to another and we began writing and recording. We are very close to finishing the album and have enlisted the good people at Pledge Music to help us reach out to all of the fans who we hope will help us make this album a reality.”

As for what true death metal miscreants can expect from the IHATE end product? “To me, it really is a masterpiece of brutal, violent death metal,” says Barnes, “I’m really stoked that if got to work on this album. The fans know that I’m no stranger to writing some sick lyrics, but the stuff I have come up with this time is entirely over-the-top even by my standards. I really want the fans to hear this album and dig into the storylines of the songs.

“This is the first time I’ve used crowd-funding to make and release an album. And it’s been a very challenging, interesting learning experience along the way. And an eye-opener as well. We are really hoping the fans of death metal will make a pledge and preorder our new album. It’s really important to us that this album gets released. This is brutal as fuck.”