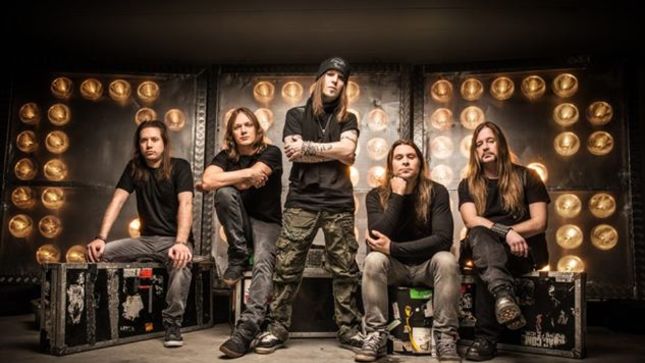 CHILDREN OF BODOM mainman Alexi Laiho has checked in with the following message regarding the recent cancellation of their North American tour with MACHINE HEAD:

“I’m sure some of you already know that our North American tour with machine head has officially been canceled, without any fault of our own I might add. I will not go into details on why or what happened but I need you, my friends to know that this had nothing to do with me or COB. But hey, you know what? Shit fuckin’ happens, life goes on, and at least now we have an extra month and a half to write new COB shit. So, instead of focusing on the negative, I’m gonna start to write music this very second and it will be some angry shit.

I guess this is me apologizing on everyone’s behalf that we let you down. On a happier note, I will have a few live performances on my own (will let you know about that later) happening this year, so I will see some of you soon!”

“Our new album, Bloodstone & Diamonds, has taken longer to complete than expected and we had to make the difficult choice to either delay the album, let it go out as incomplete, or cancel the tour in order to properly finish and promote the album in the caliber it needs to be done. We decided postponing the tour was the best decision for the record.”