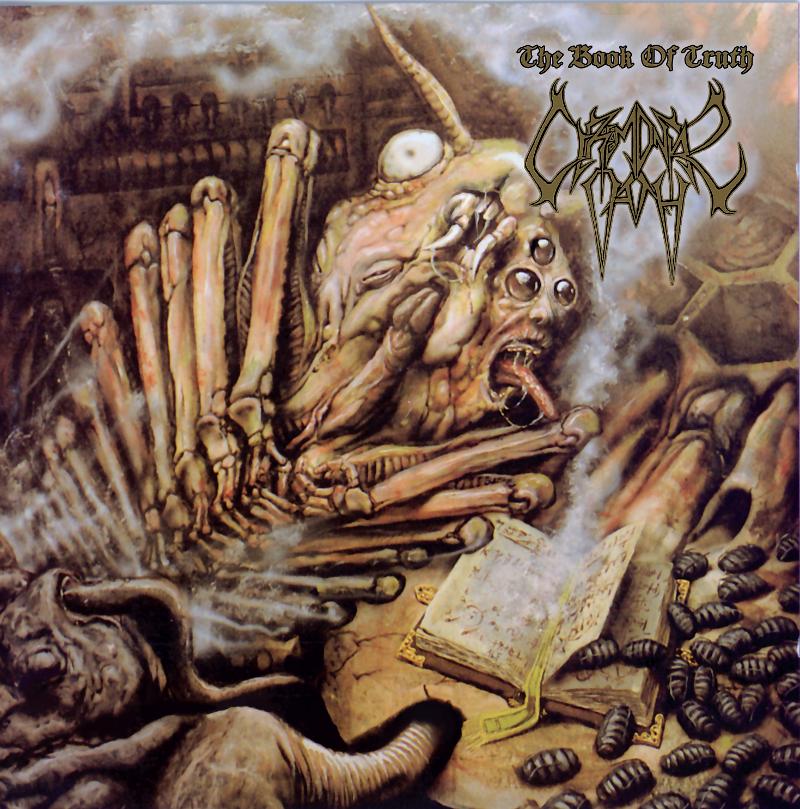 CEREMONIAL OATH – Sweden’s pioneers of twisted melodic death metal – will release their legendary debut album, The Book Of Truth, as a digital download in North America on April 16th via Century Media Records. Besides the album tracks found on The Book Of Truth, this download will also include all tracks from the super rare demos, Wake The Dead and Black Sermon (on which CEREMONIAL OATH was still performing under the band’s previous moniker DESECRATOR), as well as the two tracks from the legendaryLost Name Of God 7″ (originally released on Corpse Grinder Records in 1992).

The Book Of Truth doesn’t follow the usual melodic approach that many bands from the Gothenburg scene established during the heyday of the scene from 1994-1999. Being neither pure Gothenburg melodic death metal nor typical old school Swedish death metal in the Stockholm vein, but more a fine mélange of both worlds, spiced-up with some technical finesse a la MORBID ANGEL and NOCTURNUS, The Book Of Truth has justly become a classic death metal album. To this day, the sound of CEREMONIAL OATH has remained surprisingly fresh and unique.

“The Book Of Truth” track listing: