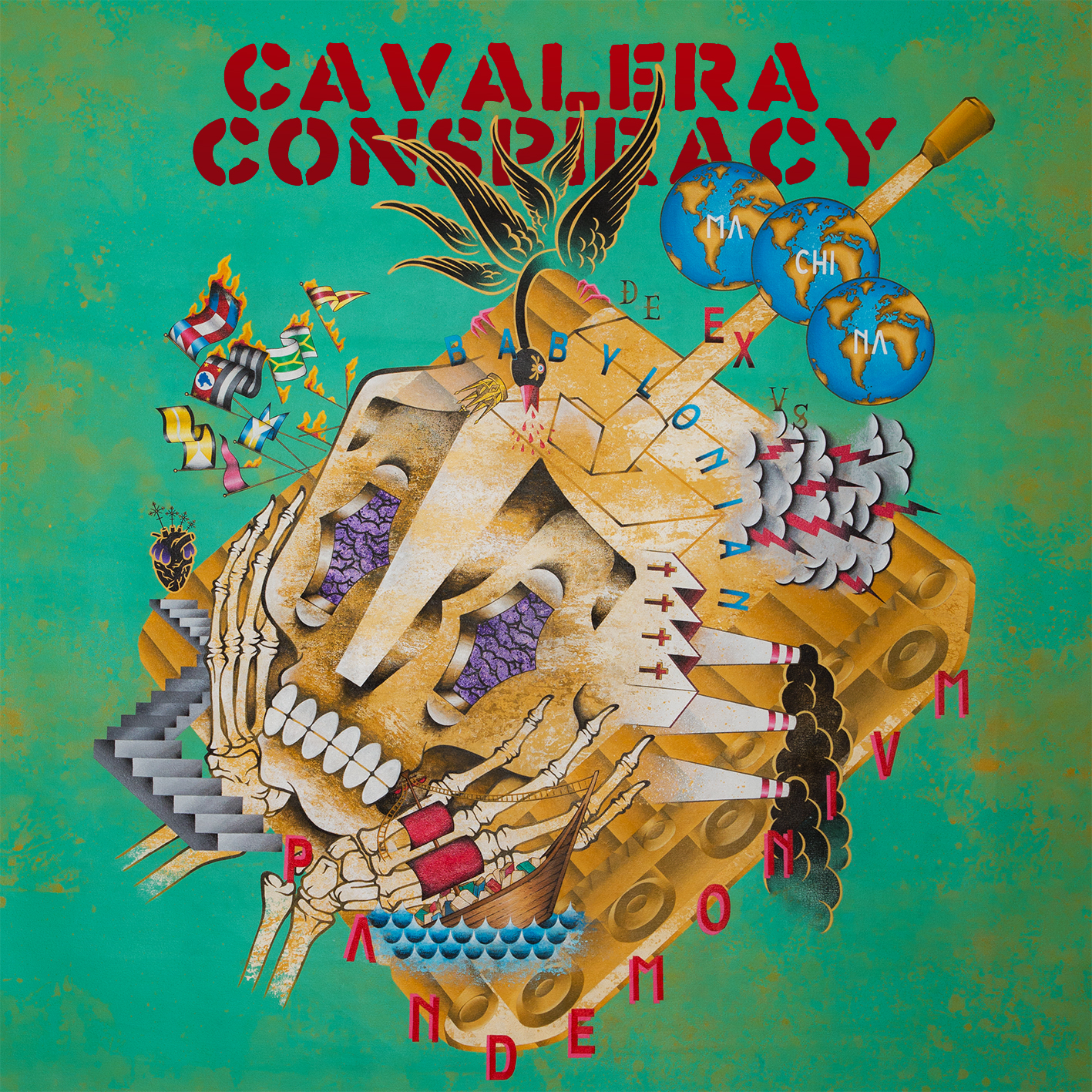 No one can delude Max and Igor Cavalera anymore. The two SEPULTURA founders show with CAVALERA CONSPIRACY what it means to shoot Thrash and Death Metal straight into the world.

The new studio album Pandemonium will be released on November 3rd in the UK & November 4th US/CAN via Napalm Records. Front man Max Cavalera rushes with bellow of rage into the fray, lets his brother drum coarsest grooves and puts his finger into the open wound. The band has now released the track listing and cover art for the album.