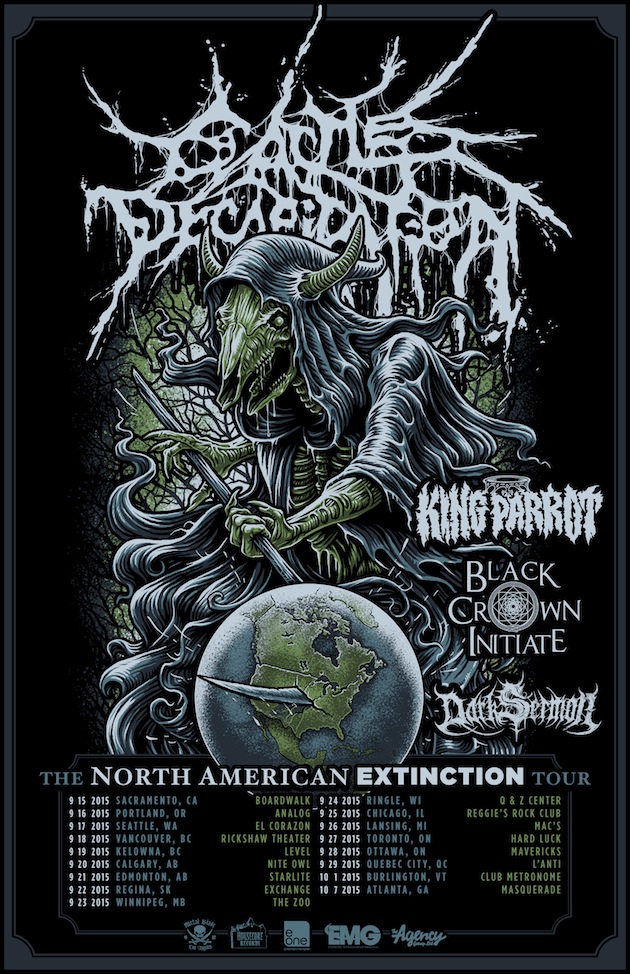 Ahead of it’s release date this Friday, CATTLE DECAPITATION are streaming the entirety of their new album, The Anthropocene Extinction. Check out a stream below. A track by track breakdown by vocalist Travis Ryan is also available at LOUDWIRE.

In related news, CATTLE DECAPITATION today confirms their North American headlining tour this Fall. The trek will commence on September 19th and run through October 7th with additional dates to be announced in the coming weeks. Support will be provided by Australian grind miscreants, King Parrot, Pennsylvania progressive death metallers, Black Crown Initiate, and Florida metal assault, Dark Sermon. The tour follows the band’s appearance on this year’s edition of the Summer Slaughter tour currently underway.

More dates to be announced soon.