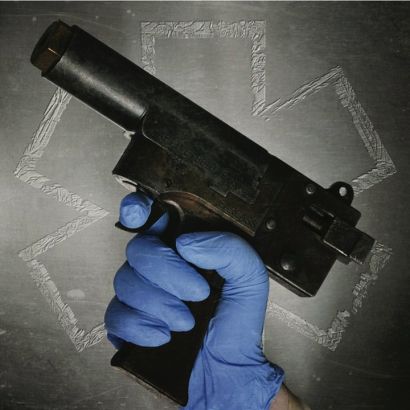 British metal pioneers CARCASS will release their sixth full-length album, Surgical Steel, on September 17 in North America. Announced today, CARCASS will issue a 7″ vinyl single for the track “Captive Bolt Pistol” just prior to the release of Surgical Steel. The cover artwork for the vinyl single is available for viewing below, in addition to the official video for the song.

Yesterday, the remastered rendition of their 1993 classic album, Heartwork was released on CD and LP in Europe here, through Earache Records in North America and digitally here. Heartwork was CARCASS’ first release to land in the top 50 of the UK charts. The album has been specially remastered from the original tapes using Full Dynamic Range (FDR) mastering, giving the whole album a more ferocious, intense and dynamic sound than the original Heartwork album.