CANNIBAL CORPSE’s Authorized Biography To Be Released In September 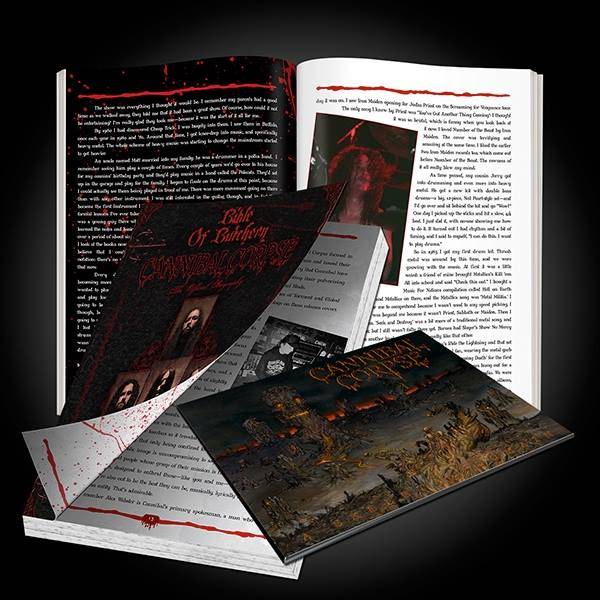 Floridian death metal legends CANNIBAL CORPSE will release their authorized biography this September in conjunction with their new album, A Skeletal Domain. Written by Joel McIver, author of Justice For All: The Truth About Metallica and biographies on BLACK SABBATH, SLAYER, SLIPKNOT and QUEENS OF THE STONE AGE, Bible Of Butchery – Cannibal Corpse: The Official Biography will contain over 150 pages loaded with photos from the band’s collection.

CANNIBAL CORPSE will release A Skeletal Domain, on September 16 via Metal Blade Records. The band switched gears for the new album, opting to work with producer Mark Lewis (THE BLACK DAHLIA MURDER, DEVILDRIVER) at Audiohammer Studios in Sanford, Florida, after having tracked their previous three outings (Kill, Evisceration Plague, Torture) with Erik Rutan.