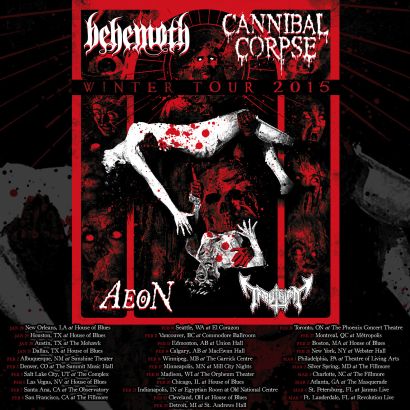 CANNIBAL CORPSE and BEHEMOTH have posted a video trailer promoting their winter 2015 trek across North America. The video can be viewed below.

The tour begins January 28th in New Orleans, LA at the House of Blues.