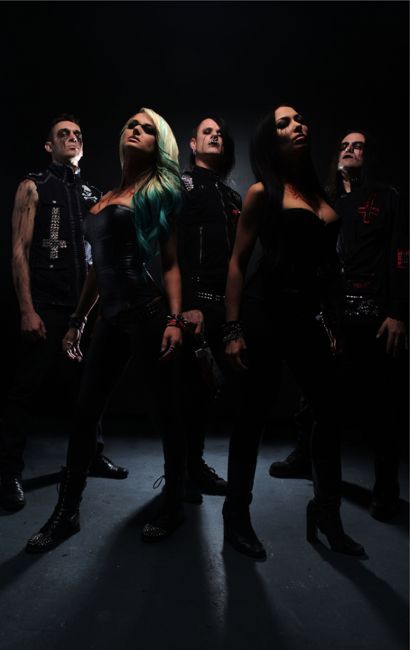 Los Angeles-based female fronted metallers BUTCHER BABIES have made the song “The Deathsurround” available for streaming via the video link below. The song comes off the band’s debut album, Goliath, which is set for a July 9 via Century Media Records.

“Working with Josh Wilbur was an incredible experience because he helped us explore ourselves as musicians and further develop the unique sound that is the BUTCHER BABIES,” said the band of their recording experience. “Being a debut album, this has been in the works since we were young, and we are so proud to have created a collaboration of all our personal influences into one complete sound.”