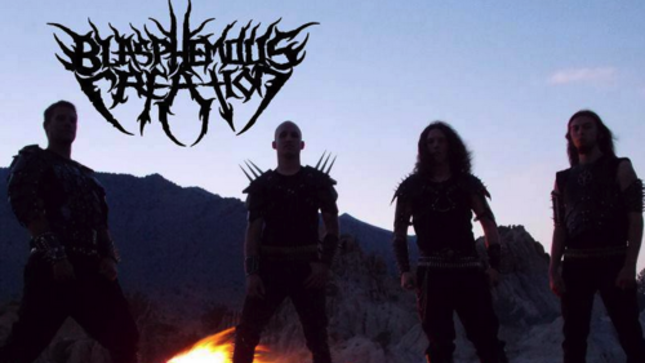 Reno, Nevada-based black/thrash/death metal band BLASPHEMOUS CREATION has revealed the cover art for their third full length album, The Rise Of Marduk. It was done by none other than Tony Koehl of Sketch The Soul Studios. He is best known for his cover art for Job For A Cowboy, The Black Dahlia Murder, Rings Of Saturn, Putrid Pile, Embryonic Devourment, Waking The Cadaver and many more.

The album is being recorded, mixed and mastered by Josh Williams at Studio Anu in Cameron Park, CA. He is best known for recording The Kennedy Veil’s first full length album. The band is also working with Michael Levy, a renowned composer and re-creator of ancient lyre music.

The Rise Of Marduk continues on the theme of aliens called the Anunnaki posing as gods in Earth’s ancient past. The band is shooting for a release in the spring of 2015 and they are currently searching for a label to release it. The band promises this to be their most powerful release yet. 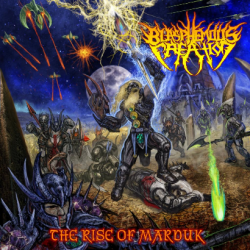