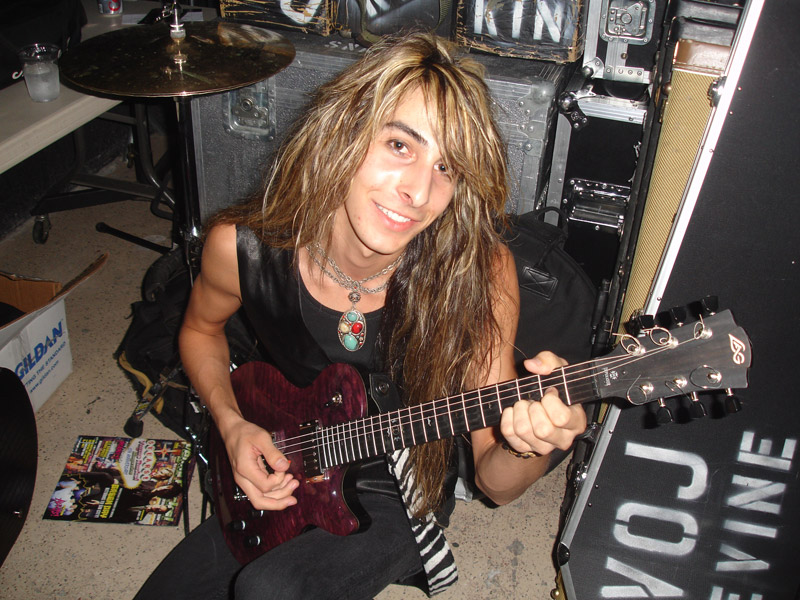 Says LIZZY BORDEN frontman and namesake: “We are extremely proud and happy for Dario Lorina on being selected as Zakk Wylde’s BLACK LABEL SOCIETY’s new guitarist. It’s been an amazing ride performing all around the world with Dario. He is a true professional and an incredible blues-driven artistic guitarist, adding so much to the BORDEN sound. Personally, it was a privilege for me to have him on my left side for the last four years and I know Zakk, his band and their fans are going to love Dario, as we all do.

“Dario will be missed in the BORDEN camp but he will always be one of us and we wish him all the luck in the world.”

Growing up listening to guitarists such as Randy Rhoads, Paul Gilbert, George Lynch and Eddie Van Halen, Dario’s music harkens back to the glory days of high-caliber shred guitar, the genre of which Shrapnel Records was a founding force.

Dario Lorina’s debut solo CD reveals a guitarist brimming with extreme musical ability. This guitarist brings more diverse influences into play than the average neo-classical riff monger. While technically proficient like all of the label’s guitar instrumentalists, Dario’s CD isn’t just about shredding. It’s an American guitar instrumental album having more in common with riffs reminiscent of Paul Gilbert, George Lynch and Eddie Van Halen than the European influence of guitarists such as Yngwie Malmsteen.

Phil Campbell from MOTÖRHEAD had this to say, “I think Dario Lorina is one Amazing guitar player! Having known him for many years, he never ceases to amaze me every time we hang out and jam! He blew me away when he played with us in Vegas. A true talent and an amazingly nice guy.”

Dario has his own signature guitar model with LAG Guitars, founded in 1980 and headquartered in Bedarieux, France.

Zakk Wylde and the rest of BLACK LABEL SOCIETY are holed up in Wylde’s personal recording studio working on their much-anticipated new album for a tentative April 2014 release via eOne Music. Wylde joked in a recent interview that the forthcoming CD will be “all completely the same as the last nine records, except just different songtitles.”