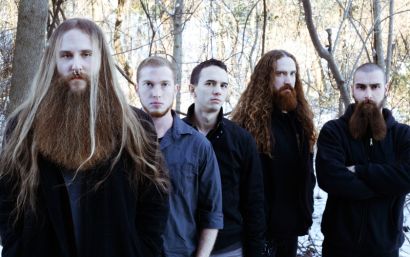 Pennsylvania hybrid metal act, BLACK CROWN INITIATE, has signed a worldwide deal with eOne Music with plans to release an all new LP later this year. The band got their first big break as the opener on this year’s highly successful Metal Alliance Tour, where the band opened for the likes of Behemoth and Goatwhore.

eOne is the ideal home for BLACK CROWN INITIATE,” says vocalist James Dorton. “This was not without careful consideration; and with them behind us we’ll be able to bring our music to you in the best way.”

Scott Givens, VP of eOne Metal comments on the label’s dedication to developing young talent, “After hearing their EP there was no doubt that we had to sign and commit to breaking this incredible young band. They’ve already built an amazing fanbase that we will start building on immediately.”

With the band playing their first show less than a year ago, things are moving fast for BLACK CROWN INITIATE. “We started this band with absolutely no clue how far it would take us,” says guitarist Andy Thomas. “It has been an amazing time, as of today, we can honestly say that we are starting a new chapter in our careers; one that will afford us opportunities that we never imagined. We are absolutely honored to be part of the eOne family.”

BLACK CROWN INITIATE, or commonly referred as BCI, is firmly planted at Atrium Audio, (August Burns Red, Rivers of Nihil) working with producer Carson Slovak on their debut LP. The effort will be the follow up to the critically acclaimed Song of the Crippled Bull EP they released last year.

The band will take part in the CONQUERORS OF THE WORLD TOUR supporting Septicflesh and Fleshgod Apocalypse. With a busy touring schedule continuing to brew and beyond, the band shows no signs of slowing down.