BEYOND THE SHORE Announce New Drummer 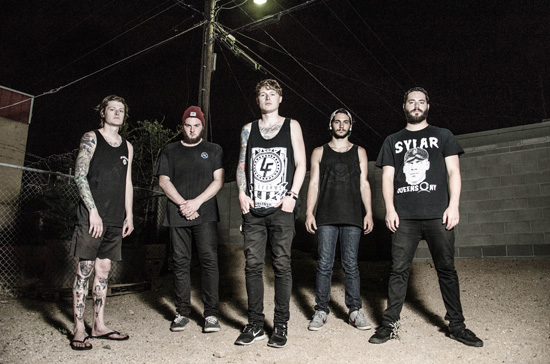 Lexington, KY’s BEYOND THE SHORE, who recently returned from The Blackest Hearts Tour where they played direct support to Bermuda, is pleased to announce Jonathon Pugh as the new full-time drummer. Jonathan joined BEYOND THE SHORE on the road for The Blackest Hearts Tour where he delivered a commanding performance at each stop of the 18-date tour and proved he was not only a perfect fit for the band stylistically, but also gel’d well with all the band members. The 22-year-old drummer from Shelby, NC previously played for the band LIONS OF WINTER.

“All of us in BEYOND THE SHORE are very excited to announce that we’ve brought in Jonathon Pugh to be our new full-time drummer. We all met him in North Carolina while recording our current release Ghostwatcher and had stayed in touch since. Here we are almost later and we couldn’t be happier to have him sitting behind the kit for us. Jonathan’s a very talented drummer, but more importantly he fits well with us as dudes and that’s invaluable when making music and touring together” comments the band.

Catch BEYOND THE SHORE live with Jonathan behind the kid as they tour when they join FIT FOR AN AUTOPSY and LEGION for the second half of their upcoming US tour. The tour began on July 25, with Beyond the Shore hopping on board on August 4 in Greensboro, NC through the conclusion of the tour on August 12 in Pittsburgh, PA.