BEHEMOTH’s Nergal Comments After Being Detained In Russia 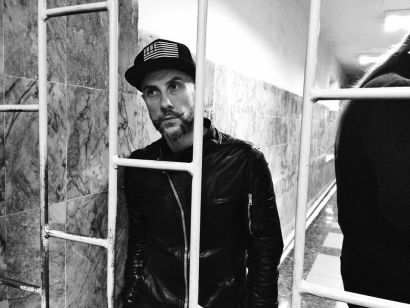 Earlier this week, Poland’s BEHEMOTH was detained in Russia, where the band launched a 3-week tour on May 10th and then subsequently was ordered to leave the country.

In a new interview with The Guardian, frontman Adam “Nergal” Darski speaks about being held in Russia as well as his recovery from leukemia.

In the article Nergal says: “For me personally, I’ve always related to antiheroes.In most cases they were scapegoats, martyrs and negative archetypes, tools that were used in order to make other people into slaves. To me, Satan stands for everything that is dear to me. I’ve always been very fond of independence and autonomy and freethinking and freedom and intelligence. Satan has always been a very strong symbol of all those values, so for me it’s very natural to take his side.”

To read the rest of the article visit The Guardian.

Nergal has told local media that he and seven members of the band’s touring party were held in Yekaterinburg for not having the work visas needed to tour in Russia.

According to reports, a judge fined them each 2,000 roubles (£242.32 in total) and ordered them to leave Russia. “It seemed like we actually got a really nice judge. And wise, because this was a humane decision… it felt like she sympathised with us,” Darski told the Polish TV channel Polsat News.