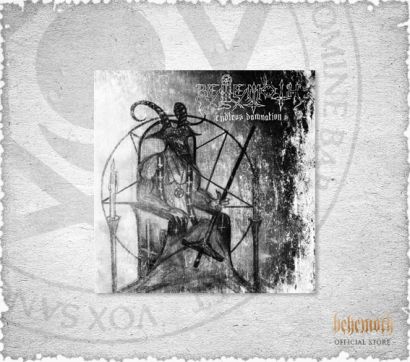 BEHEMOTH have launched a pre-order for the exclusive vinyl version of the Endless Damnation demo, the first Behemoth record ever which was recorded in 1992.

Released for the first time as 12″ black vinyl, gatefold cover + insert all printed on rough paper, this version is limited to 666 copies (only 50 of them available in the store) and signed by Nergal himself. Pre-order this fine gem here.

Side A
1. Into The Black Mass
2. Cursed Angel Of Doom
3. Eternal Blasphemy
4. Temple Of Evil

Side B
1. Ceremony In Chapel
2. First Embody Remains
3. Endless Damnation