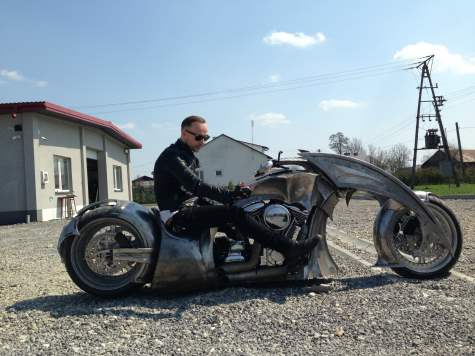 BEHEMOTH are not only holed up at Hertz Studios crafting their new album, the Polish veteran extreme metallers are also collaborating with Game Over Cycles in Poland on the first ever “Behemoth Bike”. Game Over Cycles is a Polish company specializing in the construction of custom motorcycles and vintage cars restoration.

Construction of the powerful and dark machine started this January and completion is slated for later this month. The “Behemoth Bike” will be unveiled during the Impact Festival on June 4 in Poland.

A new trailer video for the Behemoth Bike can be seen below as well as a clip of  Adam “Nergal” Darski’s first test ride of the bike.