BATTLECROSS’ “War Of Will” Lands on Billboard Charts 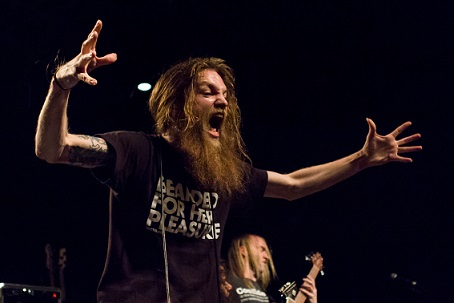 BATTLECROSS’ latest album, War Of Will, has debuted at #134 on the Billboard Top 200 chart, #118 on the top current albums chart, #2 on the Heatseeker chart, #15 on the current hard music chart, #16 on the hard music overall chart, and #32 on the independent albums chart.

It didn’t stop here though, as the band also debuted in Canada’s Soundscan charts coming in at #178 Top 200 Current and #25 Hard Music Charts while also landing on the iTunes charts for release date at #103 Top 200, #10 on Rock, and #2 on Metal! This marks the band’s first ever Billboard chart debut. War Of Will also peaked at #3 on the US iTunes metal chart on the day of release.

The band comments on the chart debut: “This is just amazing! We are really grateful and honored that fans like our record enough to pick it up when there are so many great releases out this summer. We’re truly humbled by this outpouring of support and we are very proud that War Of Will is getting such great reviews from around the world. We share this achievement with Co-Producers Eyal Levi and Mark Lewis from Audiohammer Studio, our management, and Metal Blade Records, as they’ve been a huge part of this record. Thank you to everyone!”