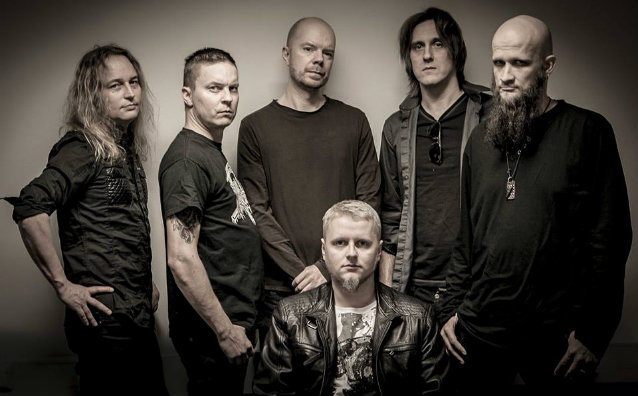 Jón Aldárá comments: “As a fan of BARREN EARTH from the very beginning, I had no doubts about showing my interest in the singer position. And now that things have started rolling and I’ve had some time to look at the new material, I’m extremely excited to be part of the band’s future. Now let’s rock!”

BARREN EARTH guitarist Janne Perttilä adds: “Jón is a friend with a strong voice that simply is no less than a perfect fit for our material — old and new. I was grinning like crazy as we ran through a handful of new songs at our first rehearsal with him after sending demos back and forth over e-mail the past couple of months, everything was just sounding so good.

“There’s just no way to put this without sounding clichéd as hell, but his contribution to the new material has indeed already taken the sound of the band to a new level. Can’t wait to hit the stage and the studio!”

BARREN EARTH’s sophomore full-length album, The Devil’s Resolve was released in North America in March 2012 through Peaceville Records. The record was made available on CD and vinyl, with artwork provided by notable artist Paul Romano (MASTODON). The LP was mixed by Dan Swanö (OPETH, KATATONIA) at Unisound in Sweden.