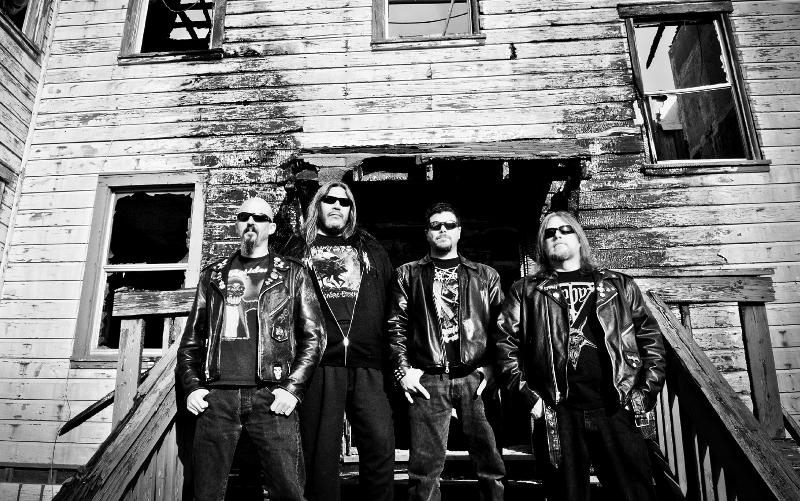 AUTOPSY and Peaceville Records have launched a mini-site in anticipation of the band’s upcoming sixth studio album, The Headless Ritual, out July 2. To access the site, click here.

Featuring the returning quartet of Chris Reifert, Eric Cutler, Danny Coralles, and Joe Trevisano, The Headless Ritual is a relentless monster of violent and brutal death metal mastery delivered in the unmistakable Autopsy style of chaotic riffing, insane solos and doom-filled interludes, all served with the band’s unhinged brand of vocal sickness.

Said drummer/vocalist Chris Reifert, “Expect nothing less than the monstrous brutality that Autopsy has been known to offer. Laurels will not be rested upon, trends will not be followed and mercy will not be shown. Mark your calendars for June and pick out a coffin to lie down and die in. Darkness and death await…”