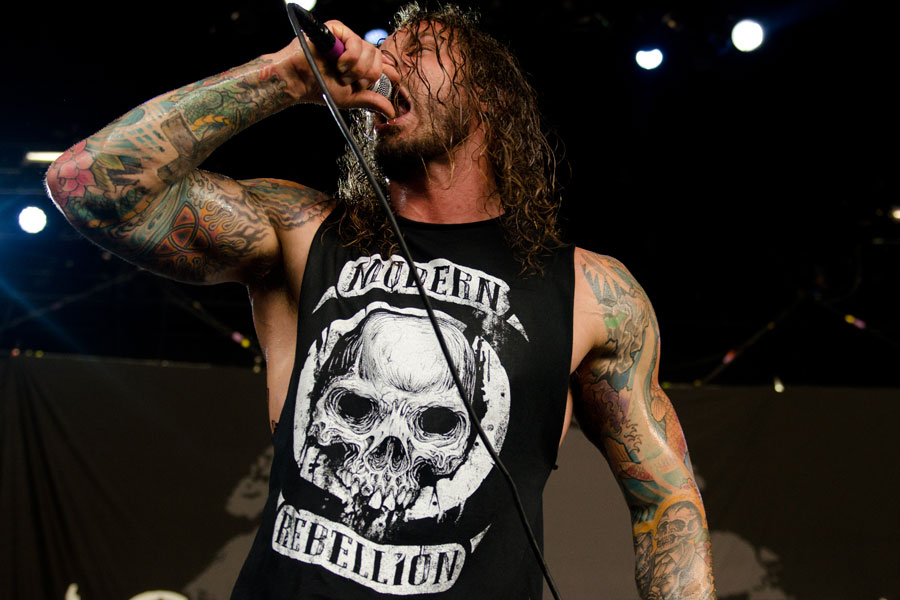 The San Diego Union-Tribune reports AS I LAY DYING frontman Tim Lambesis, who is accused of trying to hire a hitman to murder his estranged wife, pleaded not guilty earlier today (Thursday, May 9) to a felony charge of solicitation of murder and was ordered held on $3 million bail. He faces nine years in state prison if convicted.

At Lambesis’ arraignment in Vista Superior Court in Vista, California, Deputy District Attorney Claudia Grasso said that the musician told someone at a gym that he wanted his wife dead. He met with an undercover agent posing as a hitman, who asked Lambesis if he wanted his wife of eight years gone, and Lambesis replied, “Yes, that’s what I want,” the prosecutor said. Lambesis then gave the agent an envelope containing $1,000 in cash with detailed instructions — including pictures of his wife, her address and the code to get through a gate and dates when the “hit” could take place; when he had his children, saying that would be his alibi on how to kill his estranged wife.

The prosecutor argued at the arraignment — which was attended by Tim’s family, fans, AS I LAY DYING manager and band lawyer — that Lambesis be held on $20 million bail, but his defense attorney argued that the amount was unreasonable.

A readiness conference has been scheduled for June 10 with a preliminary hearing to follow on July 10.

Lambesis’ wife Meggan filed for divorce in September, citing “irreconcilable differences.” The couple, who had been married for eight years and were separated at the time, had adopted two girls at ages 6 and 8 in 2011 and a 1-year-old boy in 2009, all from Ethiopia.