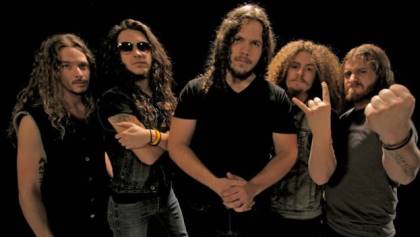 Oklahoma rockers ANTI-MORTEM have posted the lyric video for “Words of Wisdom,” a song from their upcoming debut album, New Southern. The album will be available on both physical and digital formats on April 18 via Nuclear Blast Entertainment.

Formed in 2008 and fronted by vocalist Larado Romo, ANTI-MORTEM’s lineup includes older brother-guitarist Nevada Romo, guitarist Zain Smith, bassist Corey Henderson and drummer Levi Dickerson. With over 300 shows to their name, these Chickasha, Oklahoma natives (aged between 18 and 22) spent their formative nights and weekends woodshedding their sound on the concert stage they built themselves in the Smith family barn (originally intended to store an old car collection).

While Zain’s parents were away working on the weekends, ANTI-MORTEM would turn their barn rehearsal space into a makeshift venue and hone their chops by inviting friends and family in Chickasha over for an afternoon of gravel-throated vocals, crunch-laden riffs, thick grooves, and some good ol’-fashioned Southern hospitality.

Nuclear Blast Entertainment President Monte Conner states: “ANTI-MORTEM connect with a fist-to-the-face, combining the power of American heavy metal and the down-home flavor of the classic Southern rock and blues they were raised on. I’ve been watching them develop for the past two years and they are now ready to show the world how a good ass-kicking is delivered.”

“We are beyond pumped to be signing with Nuclear Blast Entertainment and to have Monte Conner in our corner,” shares ANTI-MORTEM vocalist Larado Romo. “We are looking forward to a very long worldwide career with Nuclear Blast and are excited to finally have the opportunity to spread our music and message.” 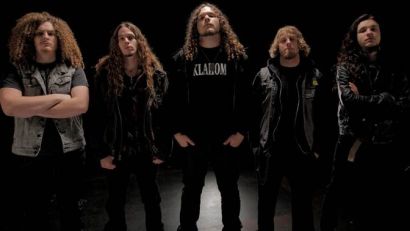