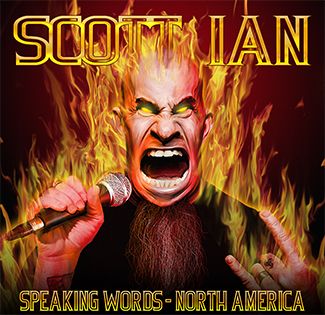 “I’m calling it ‘Speaking Words’ because the pretension of saying I am doing a ‘Spoken Word’ tour is too much to bear. This ain’t no poetry reading. This isn’t an evening of sensitive discourse.

It’s an evening of ridiculous truth. It’s me talking (swearing) about this insane life I’ve led over the last 31 years, the people I’ve met and the shit that’s happened. And when I’m done swearing, you can ask me anything you want, the floor is yours.” – Scott Ian

Ticket information can be found at this location.