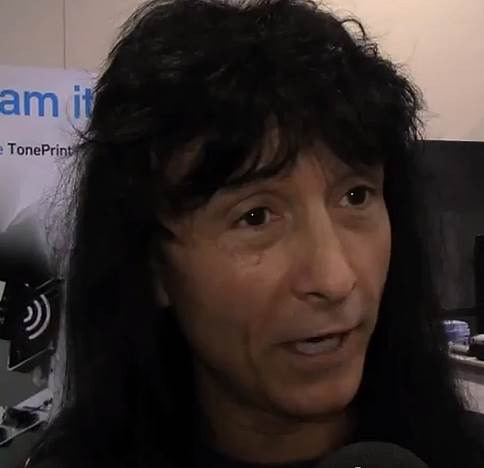 ANTHRAX frontman Joey Belladonna will sing the U.S. national anthem at the Chicago Bulls vs. Orlando Magic game this Friday (April 5), at the United Center in Chicago, Illinois. THE LAST VEGAS will also perform at the event between 7 p.m. and 8 p.m.

Back in December 2004, Belladonna received poor reviews for his performance of “The Star-Spangled Banner” at the Minnesota Vikingsvs. Seattle Seahawks National Football League (NFL) game at the Minneapolis Metrodome.

“I knew it was going to be a screwy afternoon when the national anthem singer — a scraggly-haired relic from an ’80s heavy metal band — butchered the words,” Tom Powers of the St. Paul Pioneer Press wrote at the time. “And that’s hard to do because they are displayed on the jumbo scoreboard.”

“Anthems”, ANTHRAX‘s long-awaited, eight-track EP that pays tribute to the classic songs by some of the band’s favorite acts from the 1970s, sold around 8,500 copies in the United States in its first week of release to debut at position No. 52 on The Billboard 200 chart. The CD was released in North America on March 19 (MRI/Megaforce), and on March 22 in Europe (Nuclear Blast).