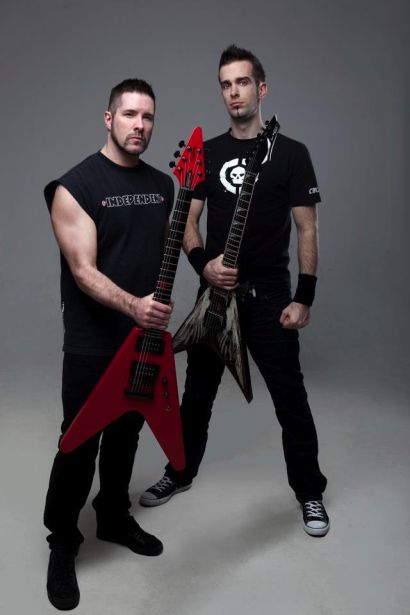 Ontario, Canada’s own ANNIHILATOR recently announced dates for their upcoming ‘South American Annihilation Tour’. Two shows in addition have been added, both to take place in Valparaiso and Santiago, Chile on June 7th and 8th. The band’s complete South American tour schedule can be viewed below.

ANNIHILATOR has sold nearly two million records since 1989 and are currently working on their 14th studio album, scheduled for release in August. The band has toured with acts like JUDAS PRIEST, IRON MAIDEN, PANTERA, TESTAMENT, ALICE IN CHAINS, MEGADETH and RAMMSTEIN, completing 29 tours in Europe, Japan and South America as headliner. Jeff Waters, ANNIHILATOR’s founder and primary guitarist, is said to be considered by many music journalists and metal fans as one of the best guitarists in the world.

The twosome (quartet live) will kick off their trek on Canadian soil, performing at The Brass Monkey on May 1 in Ottawa, ON .